The University of Coimbra was classified UNESCO World Heritage Site

﻿
﻿﻿
﻿The University of Coimbra, the uptown ("Alta") and Sofia were classified by UNESCO as World Heritage sites. According to the Rector of the prestigious University of Coimbra, "the decision of UNESCO underlines the universal value of the Portuguese culture and language, as well as the major role played by Portugal in the formation of the world as we know it." Coimbra becomes the 16th UNESCO World Heritage site in Portugal.

Situated on a hill overlooking the city, the University of Coimbra with its colleges grew and evolved over more than seven centuries within the old town. Notable university buildings include the 12th century Cathedral of Santa Cruz and a number of 16th century colleges, the Royal Palace of Alcáçova, which has housed the University since 1537, the Joanine Library with its rich baroque decor, the 18th century Botanical Garden and University Press, as well as the large “University City” created during the 1940s.

The University’s edifices became a reference in the development of other institutions of higher education in the Portuguese-speaking world where it also exerted a major influence on learning and literature.

Coimbra offers an outstanding example of an integrated university city with a specific urban typology as well as its own ceremonial and cultural traditions that have been kept alive through the ages.

Posted by VisitPortugal at 15:20 No comments: Links to this post

In Portugal we do our utmost to welcome you and make your visit an unforgettable experience.

Most tourists who visit us wish to return within the next 3 years. The good news is that you don't have to wait that long.

If you loved Portugal we would be delighted to invite you to return. Share your experience, post your pictures. The most liked image each month, will win a weekend in our country.

Link here to the app
Posted by VisitPortugal at 17:08 No comments: Links to this post

With a whiff of summer in the air, the Festivities of Lisbon offer a welter of entertainment activities that will invade Lisbon’s oldest neighbourhoods, luring lure thousands of people into the streets.

Santo António - Lisbon’s patron saint - overseas the city’s festivities that reach their highpoint on the evening of June 12, with a procession of popular marches through the Avenida da Liberdade.

On the afternoon of June 13, a procession in homage to the popular Saint - who is believed to foster marriages - winds its way through the streets around the Sé cathedral and provides a special religious flavour to the festivities.

Evenings are animated by traditional festivities in Lisbon’s oldest neighbourhoods - from Castelo to Mouraria, Graça, Alfama, Ajuda and the Bairro Alto - with lots of music and dance to the rhythm of popular songs. Decorated with coloured globes and garlands, the city’s streets are invaded by the smell of roasted sardines and sweet basil accompanied by paper carnations and paintings that allude to Santo António. 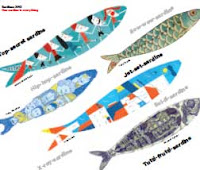 June is the main month of these festivities, but they also extend throughout the summer, including a wide variety of events such as fado, jazz and other musical performances, fado in the city’s trams, cinema and theatre festivals, sports events and exhibitions.

To experience the best of the Festas de Lisboa, here are some suggestions from the varied program. 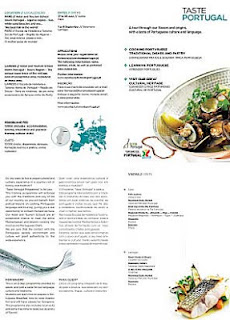 Portugal invites you to a unique cultural and culinary experience in two of the main tourist regions in the country, the homeland of the best fish and of some of the finest wines in the world.

“Taste Portugal” is a training programme that will enable you to embrace a number of the most genuine Portuguese traditions and way of life. Learn how to cook traditional dishes and pastry with some of the best Portuguese Chefs, get in touch with our scenery and culture and also learn Portuguese!

The training will take place both in the Algarve and the Douro (respectively at the south and north of Portugal), at their Hospitality and Tourism School’s. The fee - €1000 per week - includes accommodation, lunches, theoretical and practical training and cultural visits to prominent places (such as museums, daily markets, wine cellars and salt marshes).

Week 1 – June 17th to 23rd – Algarve
Faro School of Hospitality and Tourism
Visits: to museums and beaches, fish auctions, the municipal daily market, a boat trip in the Ria Formosa’s Natural Park and tasting of regional products such as almonds, figs and carobs.


Week 2 – September 1st to 8th - Douro
Lamego School of Hospitality and Tourism
Visits: Raposeira’s wine cellars, the municipal daily market and museums; a cruise in the Douro and a day at the vineyards.

Please send your application to: formacao@turismodeportugal.pt  with the following information: name, address, email, as well as preferred week/region indication.
Download the brochure here.


The Hospitality and Tourism Schools are managed by Turismo de Portugal, the official tourism  organization.

Posted by VisitPortugal at 12:25 No comments: Links to this post

The cork, as a 100% natural product, is the natural landmark throughout the main building of the hotel, as well as throughout the surrounding landscape abroad. Thus was born the ECORKHOTEL, an Eco-Hotel in which the use of cork, in its outside, is one of the rare buildings in the world using this feature. The use of cork in the main building, such as thermal and acoustic insulation, allows exceptional energy efficiency and a unique natural environment. The entire hotel was designed and built with maximum energy efficiency. For this purpose, it uses geothermal heating for the main building, and solar panels to hear the hot water in the rooms and pools.

This Eco-Hotel is the latest 4-star superior hotel in the city. It offers 56 private suites surrounded by cork trees, holm oaks and centennial olive trees. With a modern design and contemporary design, the hotel offers a relaxing setting in the middle of the typical countryside, only five minutes from the historic center of Évora, a UNESCO World Heritage city since 1986. It is a one-hour drive from Lisbon’s city and airport. It combines the ideal conditions to break away from the daily routine for a weekend escapade, a few vacation days with family, or as a quiet and restful stay during business trips.

The Ecorkhotel, Évora Suites & Spa offers facilities and innovative infrastructures differentiated from any other hotel or resort of the region. Among the most notable there is the outdoor pool raised on the 1st floor, “the pool of Heaven/Skypool,” with a gorgeous, breathtaking view of the Alentejo landscape and of the town. The Ecork-Spa offers an indoor pool, sauna circuit and Turkish bath, as well as treatment and relaxation rooms. The gym, with class lessons, invites to well-being of body and mind. The on-site restaurant “Cardo,” overlooks the typical Alentejo landscape in a quiet and exquisite ambience, with a menu of Mediterranean flavors and traditional Portuguese cuisine. Here you will enjoy a unique gastronomic experience.

Source: InsidePortugalTravel
Posted by VisitPortugal at 11:22 No comments: Links to this post

For the sixth consecutive year, one of the most spectacular and championships of today will be taking place: the FIM Superbike World Championship.

With a total of 15 races, Portimão will be hosting the sixth stage of the season of the biggest international motorcycling event in Portugal in 2013.

Posted by VisitPortugal at 12:04 No comments: Links to this post


﻿
﻿ From 1June- 24 November 2013 the Trafaria Praia is Vasconcelos's proposal for the Participation of Portugal at the 55th International Art Exhibition – la Biennale di Venezia.

The Venice Biennale, is a very important event dedicated to art, that every two years, welcomes hundreds of artists and other key players of the international scene.


The Trafaria Praia is Vasconcelos's proposal for the Participation of Portugal at the 55th International Art Exhibition – la Biennale di Venezia. Her project addresses the historical relationship between Portugal and Italy, which evolved through trade, diplomacy, and art. Lisbon and Venice have many commonalities; both cities played key roles in broadening the European worldview during the Middle Ages and the Renaissance, redefining the imago mundi by establishing networks between East and West. Trafaria Praia looks at the contemporary contact zone between the two cities by examining three fundamental aspects they share: water, navigation, and the vessel.

Vasconcelos constructs an allegorical correspondence between an iconic Lisbon ferryboat, the cacilheiro, and the picturesque Venetian vaporetto. Cacilheiros carry passengers across the River Tagus on a daily basis. Their customers are primarily commuters who live in Lisbon's southern suburbs and work in the city. Until the building of the main bridge into Lisbon in 1966, these ferryboats were the only means of public transportation between the city and the south bank. Thus, they have always had blue-collar and middle-class associations and are a well-known, politically charged social symbol in Portugal.

Floating Pavilon
Vasconcelos has brought to Venice an actual cacilheiro, the Trafaria Praia, and is presenting it as the Portuguese pavilion. This particular ship was decommissioned in 2011, and in the past six months it has undergone major transformations in a shipyard on the outskirts of Lisbon. In Venice, it is moored next to the Giardini's vaporetto stop and sails around the lagoon at regular intervals. Rather than a conventional pavilion with a fixed location, then, Vasconcelos offers up an idealistic floating pavilion. She is deterritorializing territory—metaphorically circumventing the power struggles that so often mark international relations.

Vasconcelos is also presenting the Trafaria Praia as her art. Informed by Marcel Duchamp's "assisted readymade," she has changed the object without removing its functionality. On the outside of the ship, from prow to stern, she applies a large-scale panel of azulejos (tin-glazed, blue and white, hand-painted ceramic tiles) that reproduces a contemporary view of Lisbon's skyline, from the Bugio Tower to the Vasco da Gama Tower. The work takes its inspiration from another large-scale panel of azulejos, the Great Panorama of Lisbon, which depicts the city before the legendary earthquake of 1755 and is a quintessential expression of the baroque-style golden age of azulejo production in Portugal. Vasconcelos has made other works that involve covering objects in azulejos; in doing this she evokes the material's frequent deployment in architecture.

On the ship's deck is an environment made of textiles and light. This also echoes past works by Vasconcelos, such as Contamination (2008–10) and the series Valkyries (2004–ongoing), in which organic, often colorful forms hanging from the ceiling interact with the surrounding architectural elements. This new work consists of a complex medley of blue-and-white fabrics all over the ceiling and walls, from which crocheted pieces, intertwined with LEDs, emerge to create a compelling effect. The installation suggests a surreal, womblike atmosphere or the deep ocean—something out of Jules Verne's Twenty Thousand Leagues Under the Sea, perhaps, or the Bible story of Jonah and the Whale. It envelops visitors, eliciting both an intellectual and a sensorial response.

Public ProgramsOn the quarterdeck, various areas have been set up, including a stage. These spaces are sites for the promotion of Portuguese culture—public programs including performances, talks, and more. Of special note are the daily events that take place during the preview. In the mornings there are roundtable discussions with key players from the Portuguese art scene addressing topics such as the history of the Participation of Portugal at the Venice Biennale and the representation of the city. In the late afternoons there are concerts with Portuguese musicians and guests featuring several different musical genres, from classic fado to experimental electronica.