Porto’s Airport is the third best in Europe

The Airport Francisco Sá Carneiro is once again among the three best European airports, after Keflavik, in Iceland, and Moscow.
This positioning is the result of the inquiries applied by the ACI-Airports Council International, which represents 450 airports from 45 countries, responsible for 90% of the commercial air traffic in Europe and for the handling of around 1.7 thousand million passengers per year.
On its press release, ANA – Airports of Portugal considers this distinction to be another positive factor for Porto’s international attractiveness, remembering that the city had also conquered in 2014 the European Best Destination Award.
Porto airport was in the top three between 2006 and 2011 and was voted by passengers as the best European Airport in 2007.
Source: ACI, Ana Aeroportos and Porto Tourism

Posted by VisitPortugal at 16:02 No comments: Links to this post 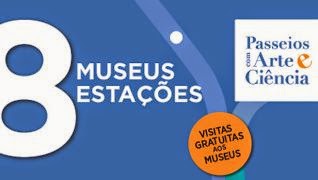 The metro is not just the quickest form of transport in Lisbon. It has stops at key points on the route between Rato and the Baixa-Chiado, along which are eight iconic Lisbon museums: 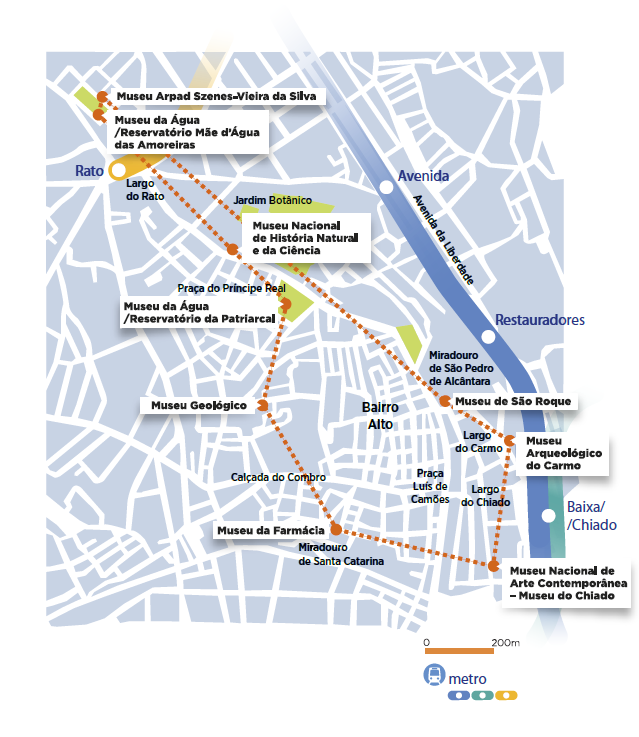 Visit eight Lisbon museums, stopping at eight metro stations. On the route between Amoreiras and the Chiado, one of the most culturally dynamic in the city of Lisbon, there are eight museums with collections as diverse as archaeology, history, art history, the fine arts and the sciences. What's more, the metro is itself a museum of modern and contemporary art, with amazing spaces which surprise for the boldness and artistic quality of their tiled walls.

To complement the art and science tours, between January and August 2015 on the last Saturday of each month, there will be a free guided tour, by prior reservation, to each of the eight museums located between Rato and the Chiado to discover the close relationship that exists between the metro stations and the museums.

More information at http://arteeciencia.wix.com/
Posted by VisitPortugal at 11:07 No comments: Links to this post

New routes from Edinburgh and Manchester to Madeira by easyjet

Madeira Airport regains a direct connection to the capital of Scotland, that had been lost since 2009 when FlyGlobespanended operations due to bankruptcy.
Since 14th of February, easyjet is flying from Manchester to Madeira, also with two weekly frequencies.


In 2014, easyjet transported over 348 thousand passengers to Madeira Airport, occupying the 2nd position at the ranking of TOP airlines with a market share of 14%.

Source: Aeroportos da Madeira
Posted by VisitPortugal at 15:15 No comments: Links to this post

World's Best International Marinas are in the Algarve: Vilamoura and Albufeira

The ceremony which took place on last 15th of January 2015, during the London Boat Show, Vilamoura and Albufeira Marinas, both located in the Algarve region, Portugal, have been awarded "Best International Marina" (1st and 2nd places).

Through an online vote, on the site of The Yacht Harbour Association, which took place between the months of November and December 2014, the National and International customers voted for the "Marina Of the Year 2015" Award in the category of Best International Marina 2015.

These awards considered the Oscars of Nautical Tourism are sponsored by The Yacht Harbour Association in conjunction with the British Marine Federation UK.

The vote of customers was based on the environmental criteria, safety, comfort, quality of infrastructure and services, as well as good management practices.

Vilamoura and Albufeira are both "5 Gold Anchor" marinas along with Lagos and Portimão representing the highest level of quality of marinas worldwide.
Find more information about these Marinas and the Algarve here:

Posted by VisitPortugal at 13:09 No comments: Links to this post 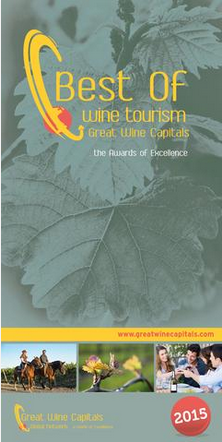 The award ceremonies of "TOP 10 Vinhos Portugueses" (Portuguese Wines) and Best of Wine Tourism 2015, within the scope of the event "Essência do Vinho Porto" is set for 27 February.
The Best of Wine Tourism awards, given since 2003, are promoted by the Porto City Council as representative of the wine regions of Port, Douro and “Vinhos Verdes”, and as a member of the Great Wine Capitals Global Network. The best wine tourism services providers from the eight wine capitals in countries with a strong wine tradition apply for this competition.
In 2015, the Douro Museum won the international award in the category Art and Culture. As far as national awards are concerned, special mention goes to "Boeira Portugal in a bottle", in the category  Innovative Wine Tourism Experiences; "Conceitus Winery Restaurant", in the category Wine Tourism Restaurants; "Graham's 1890 Lodge", in the category Wine Tourism Services; "Quinta da Faísca", in the category Architecture and Landscapes; "Quinta das Escomoeiras", in the category Sustainable Wine Tourism Practices and "The Wine House Hotel - Quinta da Pacheca", in the category Accommodation.
At the same time will be launched the 2016 edition of the Best of Wine Tourism awards, a competition dedicated to all wine sector businesses covering the Port, Douro and “Vinhos Verdes” wine regions seeking for recognition for their visitors hosting ability as a means to promote their products and services, as well as to tour operators contributing to the development of wine tourism.
See here the Best of wine Tourism Guide 2015
Source: Porto Turismo
Posted by VisitPortugal at 12:46 No comments: Links to this post