ARCO Lisboa - The Art of Choosing

When ARCO, a major international contemporary art fair, decided to stage the event outside its country of origin for the first time, it chose Portugal as its venue. Yet another indication that "choosing" is indeed an art!

In 2016, the first edition of the Madrid contemporary art fair to be held outside Spain will be staged in Lisbon. The event, at which 40 international galleries will be exhibiting, will be taking place at the Cordoaria Nacional from the 26th to the 29th of May.This will be a unique opportunity for those who enjoy contemporary art, and will also be a good excuse to get to know Lisbon. Known as the city of light, Lisbon's special luminosity and welcoming ambience mean it is greatly appreciated by artists, photographers and film producers.

Posted by VisitPortugal at 11:42 No comments: Links to this post

After the giant wave that got the whole world talking about the town of Nazaré, Garrett McNamara takes a trip around Portugal to discover the rest of the country's waves.

Follow the adventures of the boldest surfer of all times on his surf trip of discovery around Portugal, and see the country as you have never seen it before. From one end of Portugal to the other, including the islands of Madeira and the Azores, feel the true power of the Portuguese coast.


+ info The McNamara Surf Trip http://goo.gl/WwyMgR
Posted by VisitPortugal at 15:27 No comments: Links to this post

Could surfing be an art as well as a sport?

In Portugal, the answer could be yes. We brought together surfers, an artist and cutting-edge technology and challenged them to create a picture inspired by perfect waves. See how it turned out.

+ info on surfing in Portugal: http://goo.gl/j8fke5

Posted by VisitPortugal at 15:21 No comments: Links to this post 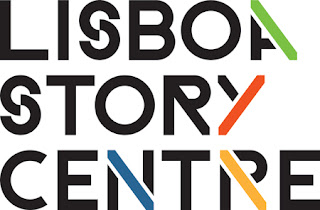 Lisboa Story Centre - Memories of the City (LSC) reopened its doors on 1 January with a new look, more modern and fresh, inspired by the history of the Portuguese capital. The entrance of the space has also been remodelled to make the visitor’s experience that much more enjoyable.

The LSC’s new look is inspired by moments from Lisboa’s history, namely the earthquake of 1755, a tragic event which resulted in the reconstruction of the city. Taking this theme as its starting point, it is the so-called Pombalina Cage - a three-dimensional wooden structure used in downtown Baixa to resist earthquakes - which was the inspiration for the new look for the LSC, created by JWT.

The space has been closed the last two months for the remodelling of its access points. The Associação Turismo de Lisboa, in charge of the running of the LSC, renovated the entrance in order to increase the visibility of this tourist attraction and to make one’s visit more comfortable, as well as including a Tourist Information point and a “Lisboa Shop”.

Visiting the LSC is a trip through time, an immersive experience. Known as the place to experience the retelling of the history of the Portuguese capital, it is also able to host events in five separate spaces which can be customised to suit all kinds of requirements.

Source: Lisboa Inside
Posted by VisitPortugal at 16:00 No comments: Links to this post

Aigle Azur opens new service from Paris to the Algarve

With this new airline, connecting Paris - Algarve, which although has been operating to Faro since 2008, on a seasonal basis, now becomes a year round operation, with double the number of seats and 2 weekly flights on Thursdays and on Sundays. This new regular service will be served with an A319 and represents an additional supply of 7344 seats (departures and arrivals).


For Aigle Azur "the new regular service is strengthening the company in the principal markets in which it operates, and will allow also ensure in winter connectivity to the Algarve region, one of its most attractive markets, with magnificent beaches, landscapes and fields golf."

To Faro Airport, the continuity of regular air link Paris Orly - Faro, operated by Aigle Azur, now during the winter and, in particular, for the Christmas season, will strengthen and intensify the close and lasting relationship with the airline and marks a frank focus on our infrastructure and in the Algarve region.

For more information and reservations:
www.aigle-azur.pt

Source: Ana Aeroportos de Portugal
Posted by VisitPortugal at 12:45 No comments: Links to this post

Portuguese airports with the biggest growth ever

2015 was a year of records in Portuguese airports:

Posted by VisitPortugal at 12:23 No comments: Links to this post 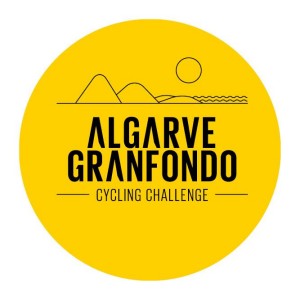 The Algarve Granfondo is an unique chance to enjoy the beautiful landscapes of Algarve, the Europe’s most famous secret.

-For those who are in good shape all over the year, the organization proposes the Granfondo: 135 km with 2600 meters of cumulative elevation gain. This option includes five climbs: Rocha dos Soidos, Alto do Malhão – where finishes the last stage of the Volta ao Algarve -, top of Caldeirão, Barranco do Velho and Clareanes.

- For those who prefer to start the season in moderate pace, the best option is the Mediofondo: 83 km with 2300 meters of cumulative elevation gain, which includes the climbs of Benafim, Barranco do Velho and Clareanes.

The start will be given at the center of Loulé, at 9:00. The arrival is scheduled for the same location. The consecration of the winners happens, however, on the podium of the Volta ao Algarve, on top of Malhão.

The Granfondo and the last stage of the Volta ao Algarve will have a timetable compatible in order to ensure that the participants in Granfondo can watch the final stage of Volta ao Algarve, a race with some of the best teams and cyclists in the World.

Taking part in the Algarve Granfondo is a chance for the amateurs cyclists being part of the Volta ao Algarve.

Find more information at:
- http://voltaaoalgarve.com/en/algarve-granfondo/
- https://www.facebook.com/algarvegranfondo/
- https://www.facebook.com/VoltaAlgarveOfficial
- http://www.visitalgarve.pt/Mountain Biking
- http://www.viaalgarviana.org/
- Algarve, Europe's most famous secret
- Guide to Nature Tourism in the Algarve
- Guide to trails in the Algarve
- Algarve Map
Posted by VisitPortugal at 15:32 No comments: Links to this post

A Letter to the New Year

If every year is a journey, now is the time to choose the paths you want to take and the places you want to visit in 2016. There’s a whole world out there, waiting to be discovered. Let Portugal inspire you... and go!


Posted by VisitPortugal at 12:13 No comments: Links to this post