The Algarve – a destination with the Midas touch when it comes to attracting international golfers – is marking its 50th year with the introduction of new ‘Golden Tees’.

From June, all of the Algarve’s top courses will feature specially-commissioned commemorative golden tee markers to celebrate the 50th anniversary since the opening of the sun-drenched region’s first course – Penina – in 1966.

Each visiting golfer will be invited to play their part in marking the milestone by playing from the new golden tees and will then get the chance to register their details on a dedicated website for an opportunity to win 50 green fees.

That will see one lucky winner chosen at random to enjoy free golf at Europe’s favourite golf destination as 50 golden green fees will be given away as a fabulous prize to be used on the fantastic courses throughout 2017.

It’s been an amazing period of development for the Algarve since the birth of the game in the region just one month before Bobby Moore led England to their famous World Cup victory at Wembley half a century ago.

Since Henry Cotton paved the way with his debut design and those first shots were struck at Penina, the quality and diversity of the courses on the Algarve have become the envy of the rest of the world.

And it is fitting that in its golden year, the region is more popular than ever before after record green fee levels were reported with 1.2m rounds played in 2015. Early indications suggest 2016 is set to continue on a similar path.

President of the Algarve Tourism Association, Carlos Luis, said: “We are honoured to be able to mark the 50th anniversary of golf in the Algarve this year and hope golfers will be part of the celebrations with us. “It’s just another perfect reason for golfers to visit us in 2016 as the Algarve golf industry continues to provide the very best in hospitality, accommodation and golf venues with great value and diversity. “It should be a golden year for the Algarve.”

It will be a significant period for the region, which has hosted the Portuguese Open on no fewer than 23 occasions, as the cream of European golf will be welcomed in October for the 10th edition of the Portugal Masters at Oceânico Victoria Golf Course.

Keith Pelley, chief executive of the European Tour, said: “The Algarve continues to be a terrific backdrop for tournament golf, having hosted 35 tournaments on The European Tour and Senior Tour, as well as the Senior Tour Qualifying School since 2001. “We are proud to have been able to showcase this wonderful region to a worldwide audience and I’m sure it will be another golden year for golf on the Algarve with the 50th anniversary celebrations planned, including the 10th edition of the Portugal Masters at Oceânico Victoria Golf Course in Vilamoura.”

Luis Araújo, president of Portugal Tourism Board, added: “It is with great pleasure that Turismo de Portugal joins the celebrations of the Algarve’s 50th golf anniversary. “
“This is indeed a significant achievement and Portugal has much to be thrilled about with this milestone, which is the result of a combined effort from our golf tourism industry over five decades. We remain with an ongoing commitment to delivering the excellence that golfers expect from a destination like the Algarve.”

“A warm thank you to all golfers, and the golf tourism industry!”

Find more information about Golf in the Algarve at:www.visitgolfalgarve.com


Source: Press release written and distributed on behalf of ATA by the Azalea Group

Posted by VisitPortugal at 16:23 No comments: Links to this post 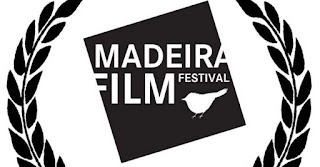 In 2016, the Madeira Film Festival will, once again, honour the Laurissilva forest, considered by UNESCO as World Natural Heritage and which served as stage for various films integrated into this festival.
This Festival brings together cinema, musical concerts, lectures, masterclasses, workshops and fashion shows, all with a charity component, in an intimate, inspiring and unique atmosphere.
This year’s edition will feature a concert by violinist Andrea Levine and harpist Phamie Gow, who will be joining the many films projected during one week, from the 25th of April to May 1st.
Find more information at: http://madeirafilmfestival.com/

Posted by VisitPortugal at 16:10 No comments: Links to this post

TAP is opening new routes between Portugal and the USA 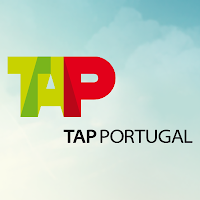 Beginning next summer, TAP will have 2 new air routes to the USA: Boston and New York.The new daily service to Boston will begin on June 11 and the New York (JFK) service will open on the 1st of July. Besides these 2 new United States destinations, TAP is also operates flights to Miami and Newark. This summer, TAP is also increasing its Miami offering to one daily flight. As for Newark, TAP will be offering daily flights from Lisbon, and 2 weekly flights departing from Porto. In total, TAP is increasing its offer to 30 weekly flights between Portugal and the USA.In order to streamline its USA market expansion, TAP will add two Airbus  A330 airplanes to its long-haul fleet, increasing it to 20 aircraft.After being fully upgraded with new chairs, entertainment systems, galleys and lighting, these aircraft will be integrated into the most recent generation of this type of airplane. The airplanes will have a 271 passenger capacity- 20 in Business class, 104 in Economy Plus class and 147 in Economy class - and will anticipate conversion of TAP's entire current A330-200 fleet to this new configuration, a process that will begin during the first semester of 2017.

Source: Tap Portugal
Posted by VisitPortugal at 16:03 No comments: Links to this post 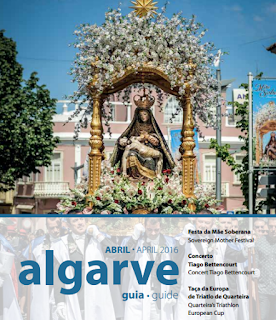 Going to the Algarve during the month of April?

So discover here what’s happening in the Algarve region.

The Algarve is known for its beaches, natural landscapes, bars and golf courses. And for its restaurants, hotels, monuments, and of course, for entertainment.

The offer of entertainment destination is diversified and includes events of public and private partners that invite you to enjoy emotions and traditions, sounds and regional flavors, that the Algarve Tourism organizes in this guide leaflet.

Find more information about the Algarve here:
- http://www.visitalgarve.pt/
- https://www.visitportugal.com/Algarve
Posted by VisitPortugal at 16:03 No comments: Links to this post

Lisbon Fish and Flavours is back! 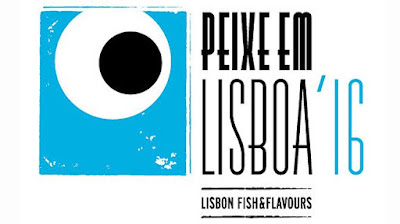 Don’t miss the “Lisbon Fish and Flavours” festival in April - the chance to enjoy innovative gastronomic dishes created from fish and seafood.

For eleven days, "Lisbon Fish and Flavours" will offer all its visitors the chance to enjoy innovative gastronomic dishes created from fish and seafood, in a relaxed atmosphere where spending time with friends and family is a genuine delight. You can take part in the demonstrations of gourmet food, get to know some of the region’s best restaurants and the work of their great chefs, delight in the live music and entertainment provided, read a book or taste a fine wine.


If you enjoy good food and gourmet cooking, this is the place for you!

In Madeira, springtime is honoured like a queen, being crowned with the Flower Festival, held every year after Easter.

In celebrating springtime and the exuberance of the flowers that typically bloom in that season, and here with even greater intensity due to Madeira’s subtropical climate, Funchal is the setting for a truly sumptuous spectacle, the city’s Flower Festival.

The festivities begin on the Saturday, when thousands of children dressed in the appropriate fashion flock to the Praça do Município to take part in the building of a mural of flowers - the Wall of Hope.

The next day, dozens of floats decorated with a myriad of the island’s most typical flowers leave the scent of gentle but ephemeral perfumes in the air - it is time for the Flower Parade. At the same time, to mark the occasion, Madeiran artists devote their time to building unforgettable floral carpets, strategically exhibited in the streets at different points, whilst competitions are also organised to find the best decorated shop windows.


Come and experience the springtime here too!

Posted by VisitPortugal at 15:03 No comments: Links to this post