The Azores Running Trail (ATR) is an initiative of the Blue Island Athletics Independent Club and will progress inside the areas of Faial Natural Park – elected as a European Destination of Excellence (EDEN) by the European Commission and the only one in Portugal awarded with this classification.

The event will take place on the 24th of May, the European Day of Parks, and will be divided in two competitions, the 10 Volcanos Trail and the Faial´s Coast to Coast Ultra Trail. 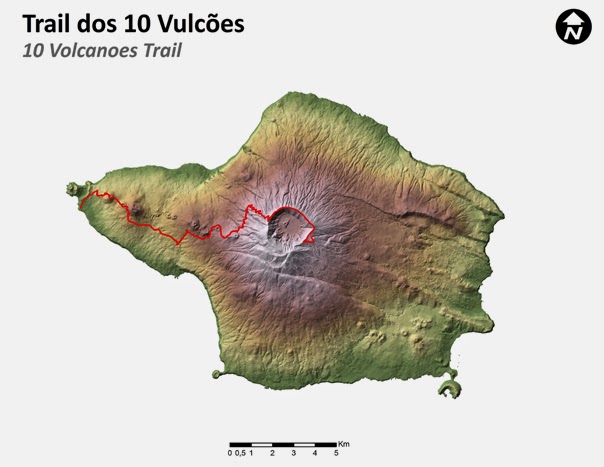 As the name suggests, this trail starts at onof the largest and most spectacular calderas on the planet and crosses, through 20km, the 10 most important volcanoes of the fissural alignment of the Capelo Peninsula. Biodiversity and geodiversity are omnipresent throughout this trail and the particularly outstanding landscapes allow us to discover an important part of the Azorean endemic flora in its natural state. This high difficulty trail follows the most recent volcanoes of Faial and reaches the most recent territory of Europe, the Capelinhos Volcano, a true lunar scenario, where it is possible to see tuft, volcanic bombs and ash formed only 57 years ago, ending at Porto Comprido – the biggest and most important whaling station of Azores, between 1940 and 1957. 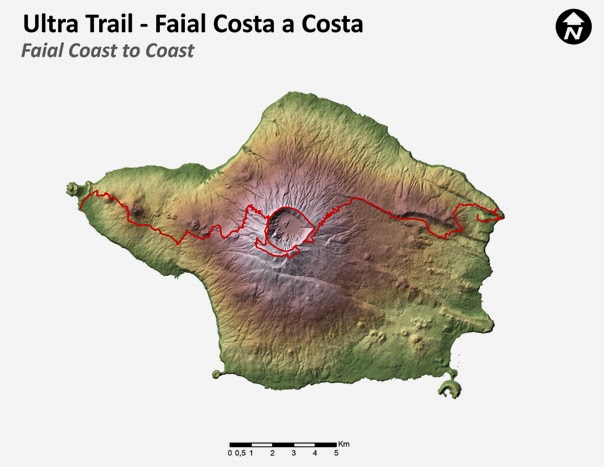 The Coast to Coast Trail also starts near an old port – Porto da Boca da Ribeira, in Ribeirinha. This high difficulty trail of 52km transports us to times past, when the inhabitants of Faial used canadas (typical dirt roads) to carry goods from one village to another, by their own means or with the help of animals. Passing by an old lighthouse, destroyed during the strong seism of 1998, we are reminded of the islands’ volcanic nature and of its people. A fair part of the trail develops through the biggest and most spectacular graben of the archipelago, a big portion of land that collapsed between two tectonic faults. The trail ends at the central caldera, the biggest and most important volcano of the island, reaching the Ten Volcanos Trail.

These 52km take us to a journey in geological and historical times, crossing the island of Faial from coast to coast, following its formation, from East to the West. It starts in an 800 thousand years old territory, passes through a central area of 450 thousand years old and ends in one of the most important geological places in the world, the sleeping Capelinhos Volcano.