Birds of the Algarve 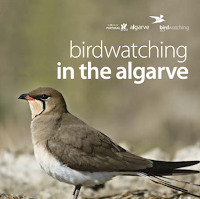 A region of pure, unspoilt nature, the Algarve has some excellent landscapes in which to watch the region’s birdlife.

Come and see the flamingos, spoonbills and purple swamphens that inhabit the Ria Formosa Natural Park. The wetlands of this protected environment contain more than 100 species of bird. The reed beds have the largest nesting colony of purple herons in the region and an important population of purple swamphens.

In the lagoon formed by the Ria, keep your eyes peeled for some beautiful examples of grey herons, bee-eaters, great reed warblers and marsh harriers.Take a trip to the Costa Vicentina, where at the headland of Cabo Sardão, you’ll be able to observe the world’s last population of white storks, nesting in the cliffs in the abandoned nests of ospreys.

You can see ospreys themselves in the Ria do Alvor (Mexilhoeira Grande). The species shares this protected area of the Algarve with storks, cormorants and peregrine falcons, amongst many other elegant birds.

Sagres Birdwatching Festival is back in 2016 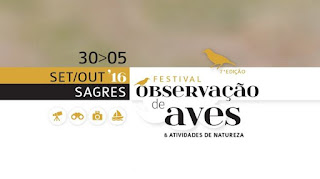 The 7th edition of the Birdwatching Festival and Nature Activities will be back in 2016.

The event that happens between 30 of September to 5 of October, in Sagres (Vila do Bispo, Algarve) is back to celebrate birds migration and nature. Hundreds of bird lovers are coming from several countries and join in the Southwest corner of Portugal and Europe to look to the sky during these six days.

The festival is focus on birds, but you can find much more related with nature tourism, culture, gastronomy, and is always an opportunity to relax and enjoy the magnificent landscape.

During these six amazing days, the participants have the opportunity to participate in a wide range of activities, for all ages and motivations.

Among the activities related with birdwatching, we highlight the pelagic trips to watch marine birds, the ringing activities and the field trips to watch some species, typical from Sagres. It’s also planned hiking, guided and interpretive tours, short term courses,and dolphins watching. And kids were not forgotten, with special sessions for them.

The event promoted by the Municipality of Vila do Bispo, with Portuguese Society for the Study of Birds and Almargem Association as partners happens in this period because it’s the high season of autumn migration, when the migratory birds leave our country towards the hot African lands. It’s also celebrated in the weekend the EuroBirdwatch all over Europe.

Sagres is a very special region. Not only is the landscape that surrounds it spectacular, but its biological heritage is unique in Europe. Here we can find a large diversity of habitats: impressive sea cliffs, coastal maquis, farmlands, woodland, sand dunes and the sea itself, between them supporting hundreds of species of fauna and flora. Of particular interest is the number of endemic flora species, the possibility to watch cetaceans and, of course, different species of birds, not only raptors but also passerines and seabirds. It is the birds that are the main attraction of this festival and therefore the programme of activities focuses mostly around them. The event aims to attract participants with differing tastes, expectations and knowledge, making it ideal for families, students, nature lovers and birdwatchers of all levels of experience.

From August to November, this area becomes the country's major migratory corridor for storks, eagles, vultures, hawks and falcons where it is possible to observe almost all of the species of these birds that occur regularly in Portugal, as well as some rarities.
As well as soaring raptors and storks, Sagres is a great place to watch other birds, including many seabirds, steppe species and passerines. Amongst the seabirds, particularly notable is the passage of thousands of Gannets and hundreds of petrels, Cory's Shearwaters) and Balearic Shearwaters. Great Skuas are also commonly seen.

In the words of Adelino Soares, the President of Vila do Bispo Municipality, "the event has been contributing to consolidate Vila do Bispo as an important destination for nature tourism, attracting more and more national and foreign visitors. The investment in this initiative, which takes place in low season, has a positive effect in the remaining months of the year, with tourists to return and take advantage of the services of local businesses partner of the Festival. "

Resource: ATA - Algarve Promotion Bureau
Posted by VisitPortugal at 11:36 No comments: Links to this post

Performing Arts School Chapitô, invited for the first time for the jury of the European Youth Circus 2016 Festival 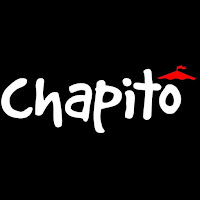 Teresa Ricou - Teté, stage name - circus artist, is the special guest of the jury of the European Youth Circus 2016 festival in Wiesbaden, Germany, followed by a participation in the International CircusFestival in Auch, France, and ending their trip in Madrid with a meeting at the Circus school of Carampa.

For the first time, a Portuguese artist is invited for the jury in an International Festival of Circus and establishes an important link between these European countries, creating bridges between different performative currents and different artistic visions.

Chapitô students will be represented in these festivals in the month of October, a unique opportunity to observe and applaud their artistic participation, staging in European circles!

The presence of Chapitô in this event means international recognition of the quality of training in circus arts’ that, for the past 25 years, is continued at the Circus School of Chapitô (Professional School of Arts and Crafts). Situated in the old part of Lisbon, near the São Jorge Castle, the circus school has also a restaurant with fantastic city views, and a bar  which opens at night, often staging alternative theater and live music performances.


Find more information at:
- https://www.facebook.com/chapitô
- http://www.chapito.org/
Posted by VisitPortugal at 10:41 No comments: Links to this post 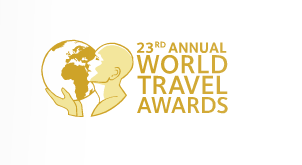 Also, for the third year in a row, Turismo de Portugal was considered the "Europe'sLeading Tourist Board 2016" in the World Travel Awards Europe Ceremony. Hurray!

These were the 24 awards attributed to Portugal:


Besides the Europe awards, Portugal also won 13 awards in the country category/Portugal:


Celebrating this year its 23rd t anniversary,  the World Travel Awards are considered one of the most important awards in the tourism industry.

More information at:- http://www.worldtravelawards.com/- https://www.facebook.com/worldtravelawards- https://twitter.com/WTravelAwards
Posted by VisitPortugal at 11:09 No comments: Links to this post